The Arduino is a small computer or microcomputer that can be used to read inputs from real world sensors like the status of a switch or temperature and then drive real world outputs eg switching on a LED or relay. What makes the Arduino so powerful is that it can be easily programed to switch outputs based on the status of its digital or analog inputs. For example you could connect a motion sensor and a temperature sensor to the Arduino’s inputs and then program the Arduino to switch on a fan connected to one of the Arduino’s outputs only if the motion sensor detected movement and if the temperature was above a predetermined set point.

Our kit contents and pricing 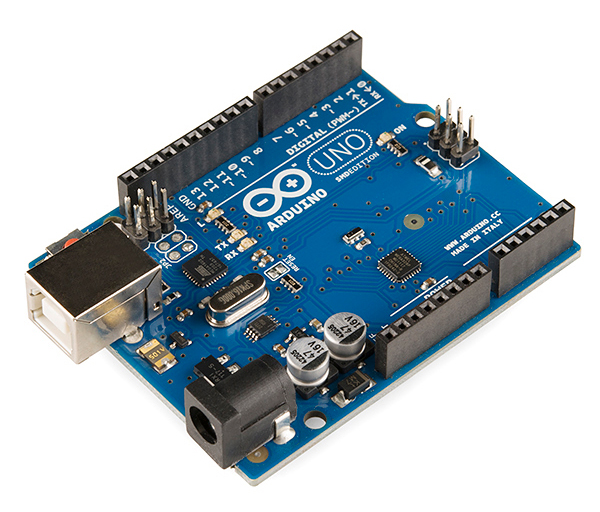 The Arduino is very popular, has open source design and has a large user base which means boards can be mass produced by multiple manufacturers to keep costs down.

The Arduino allows you to make complicated electronic projects with an easy to learn programing language and a limited knowledge of electronics.

The Arduino has a huge community of users that are eager to help new users.

The Arduino  programing language is well documented and easy to learn.

We keep stock of all our Arduino starter kits in SA and do our best to ship within 24 hours.

What is in the Box

Learning to program and use the Arduino to build electronic projects is easy and needs very little electronics or programming knowledge. 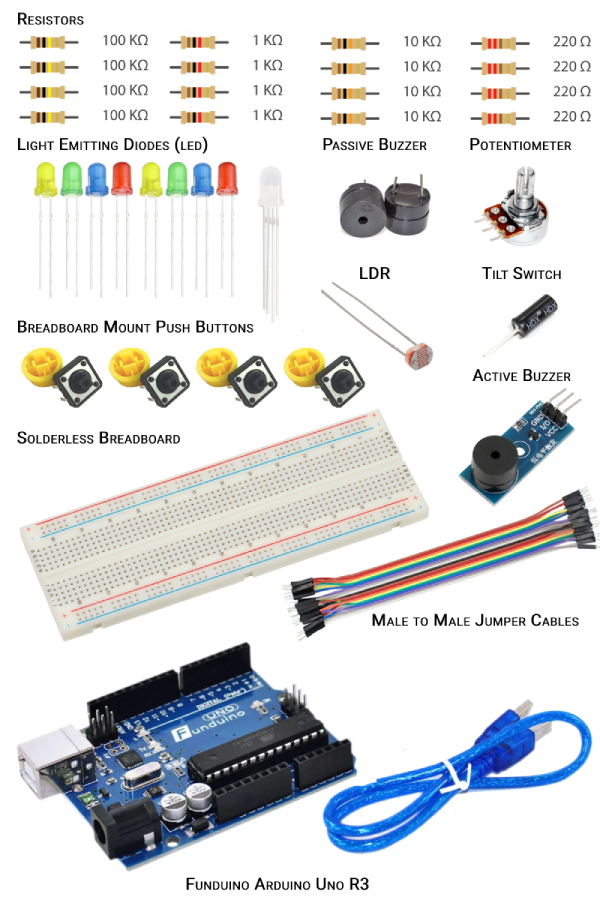 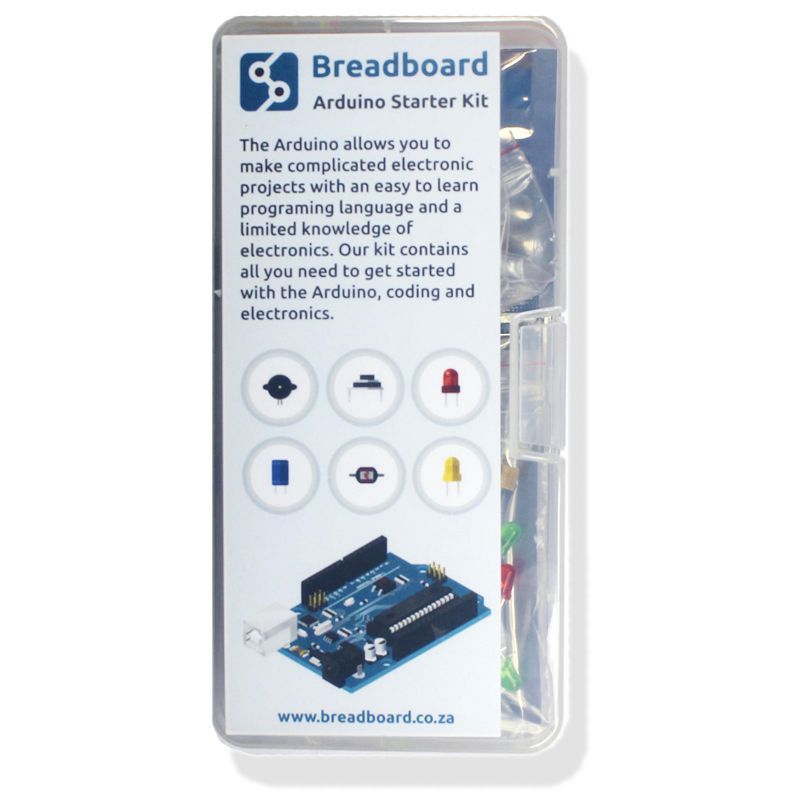 Already know what you are looking for? Head over to our on-line shop. We  carry local stock and do our best to ship within 24 hours.

Already know what you are looking for? Head over to our on-line shop. We  carry local stock and do our best to ship within 24 hours.

What Will I Learn

Click the link below to see some of the example projects you can build with our Arduino starter kits.

Please contact us if you have any questions or need any help selecting an Arduino starter kit.