In this example the photoresitor sends a on /off signal to an Arduino input dependent on ambient light conditions. When the Arduino detects darkness the LED is flashed. 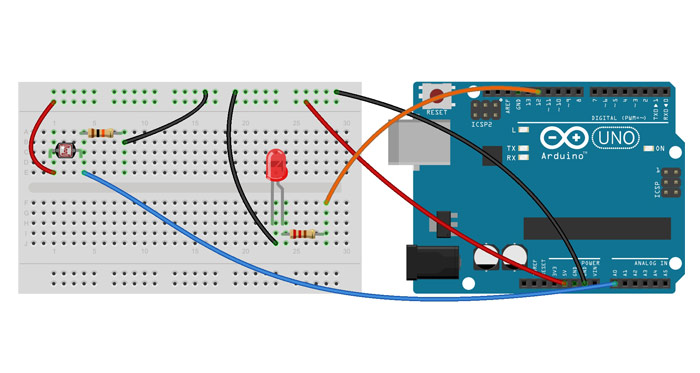 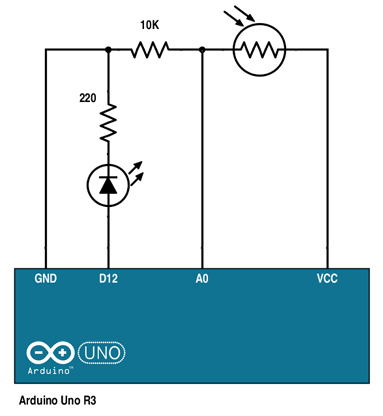 After you build the circuit plug your Arduino board into your computer, start the Arduino IDE, and enter the code below. 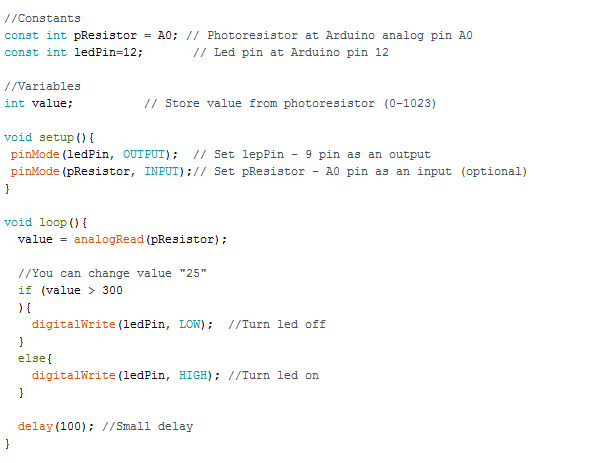